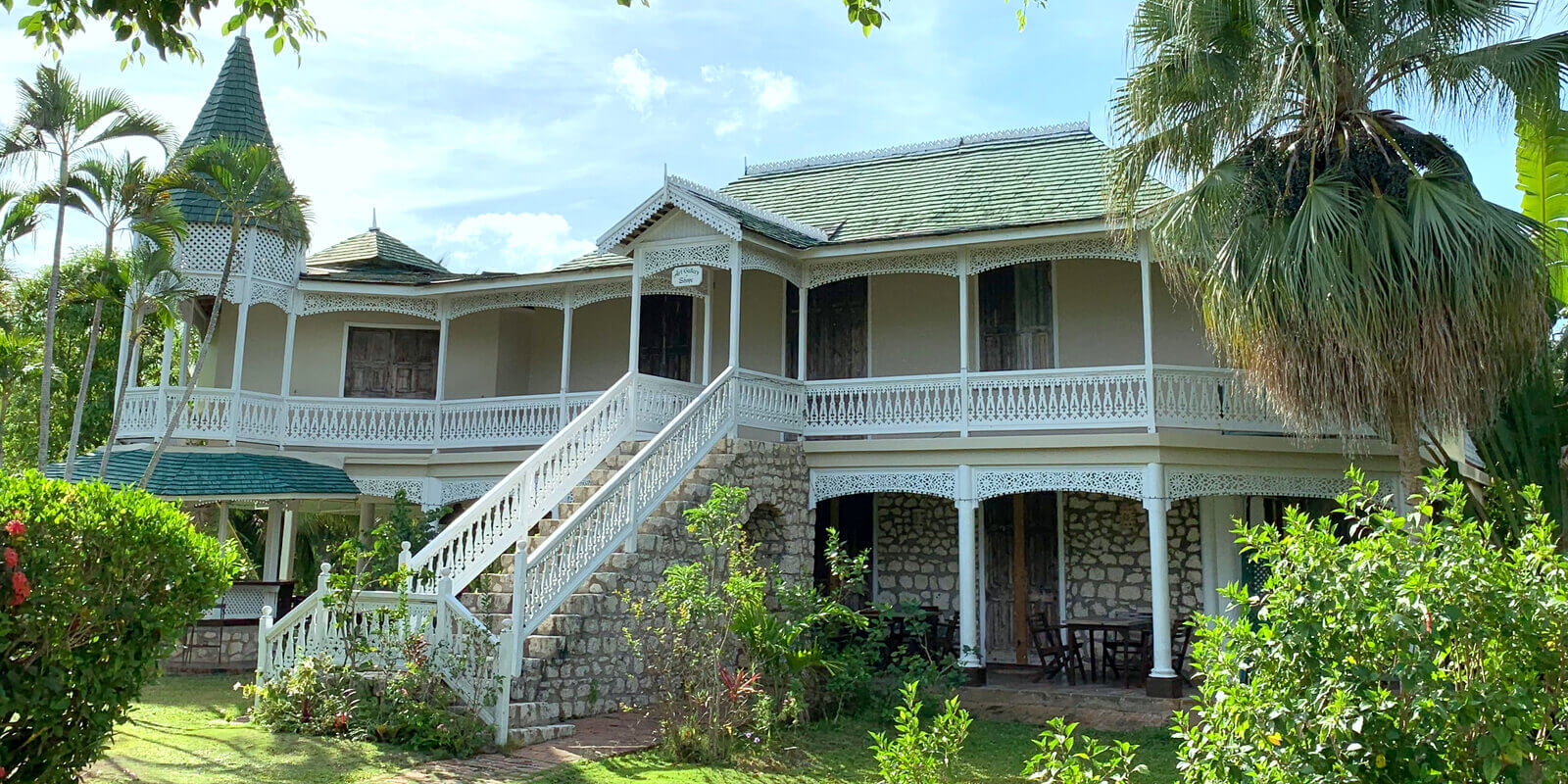 Harmony Hall is a relatively young property dating back to the late nineteenth century. Located in Tower Isle, St Mary, just east of the border with St Ann, the building is a beautiful representation of the Jamaican-Georgian architecture built during a period of transition when the Victorian achitectural style began to emerge in England.

Built in the late 1850s, it was the Estate house of a small pimento and lime plantation. The estate later rotated the crop to bananas in 1910 and coconuts in 1938. The house became the manse of the Methodist church, and home of Sir Hugh Sherlock when he served on the Methodist Ocho Rios circuit from 1937–1940. Sir Hugh Sherlock wrote the lyrics of the National Anthem, Jamaica, Land We Love, when Jamaica gained its indepence from England in 1962.

The Harmony Hall House was declared a national monument for its historical and architectural importance, by the Jamaica National Heritage Trust on April 3, 2003.

An example of Jamaican Georgian

The house is an eclectic mix of style with the fretwork giving a fairy tale appearance to the building.

The colonies were less encumbered by tradition or any strict adherence to rules of architectural styles compared to the British mainlain. They were freer in their expression, willing to mix elements of personal appeal, which was likely a byproduct of their distance from home and the environment.

The house was purchased by Annabella and Peter Proudlock, in 1980. It became the Harmony Hall Art Gallery and later, the home of a restaurant. Care was taken during the the remodelling to maintain the original historic design and to retain the basic structures and surfaces. The restoration of the fretwork was done by Dawn Scott.